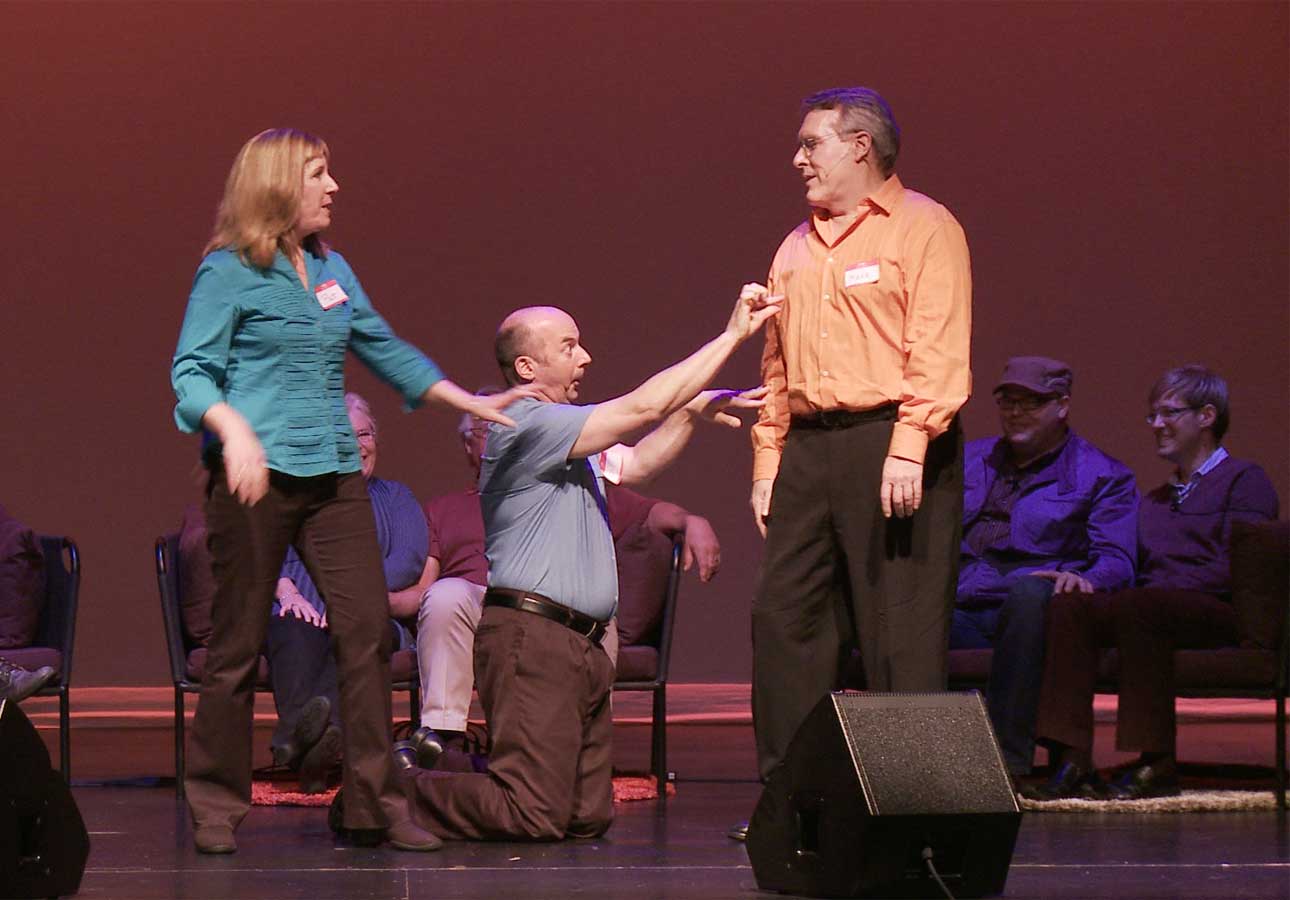 We are excited to welcome new cast members to the show: Lisa Safran, Mark Duncanson, and Dana Blasingame.

Jill Bourque (Creator/Host) performs her signature style of improvisational stand-up comedy in clubs, theaters, and festivals all over the world. A tad bit (obsessively) curious about how couples meet, she grew weary of the same old stories from her family and friends (and they in turn weary of her), and so she created HOW WE FIRST MET. Now she gets to ask perfect strangers questions about their love lives. She lives in San Francisco with her hunky husband and spunky kids. More on her website.

Laura Derry (Improvisor) returns for another season of HWFM. She’s an improviser, actor, director, teacher and musician, and is celebrating 20 years in San Francisco. Laura has a B.A. in Theatre Arts from UCSC, has trained at ACT and with a number of Shakespeare companies, plus BATS School of Improvisation. When she’s not onstage, Laura can be seen dancing with horses and running with wolves.

Paul Erskine (Improvisor) has performed wherever they’d let him, including Disneyland and with Bay Area Theatresports. He supported his early acting career as a telemarketer, so there’s a good chance you’ve hung up on him. Paul’s thrilled to be back for his 11th season of HWFM and thanks his lovely wife Evelyne for tolerating his goofy antics, and their baby girl Juliette for the decorative patch of spit-up on his shoulder.

Improvising over twenty five years with Flash Family, BATS, Un-Scripted Theater Company and others, Scott Keck (Improvisor) performed sold-out shows at Great American Music Hall and Throckmorton Theatre; HWFM at Chicago and LA Improv Festivals; improvised Shakespeare at the Ashland Shakespeare Festival; and lots of video game voices (Mitsurugi anyone?) Scott dedicates his performance tonight to his Dad, Gordon. His wife Elaine is the good sport of the century, sacrificing Valentine’s Day for nine years, so Scott can do this show!

Lisa Safran (Improvisor) when asked if she wanted to join HWFM, replied enthusiastically, “YES!” Lisa is the founder of Improv Consultants, an applied improv company dedicated to improving team dynamics and communication in companies and schools. Lisa has trained at the American Academy of Dramatic Arts and studied improvisation with Jim Cranna, Tim Orr, and BATS School of Improvisation. She is also currently coaching at BATS.

Scott Keck rapping it up! 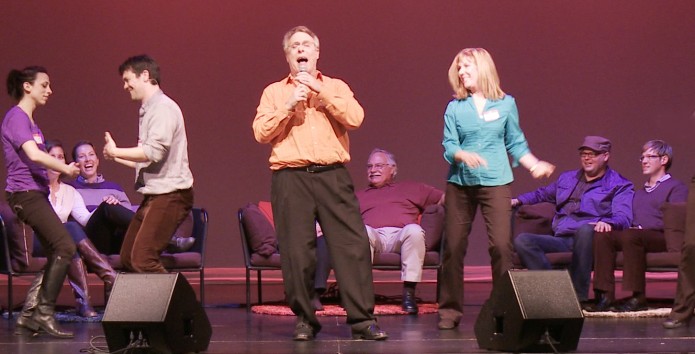 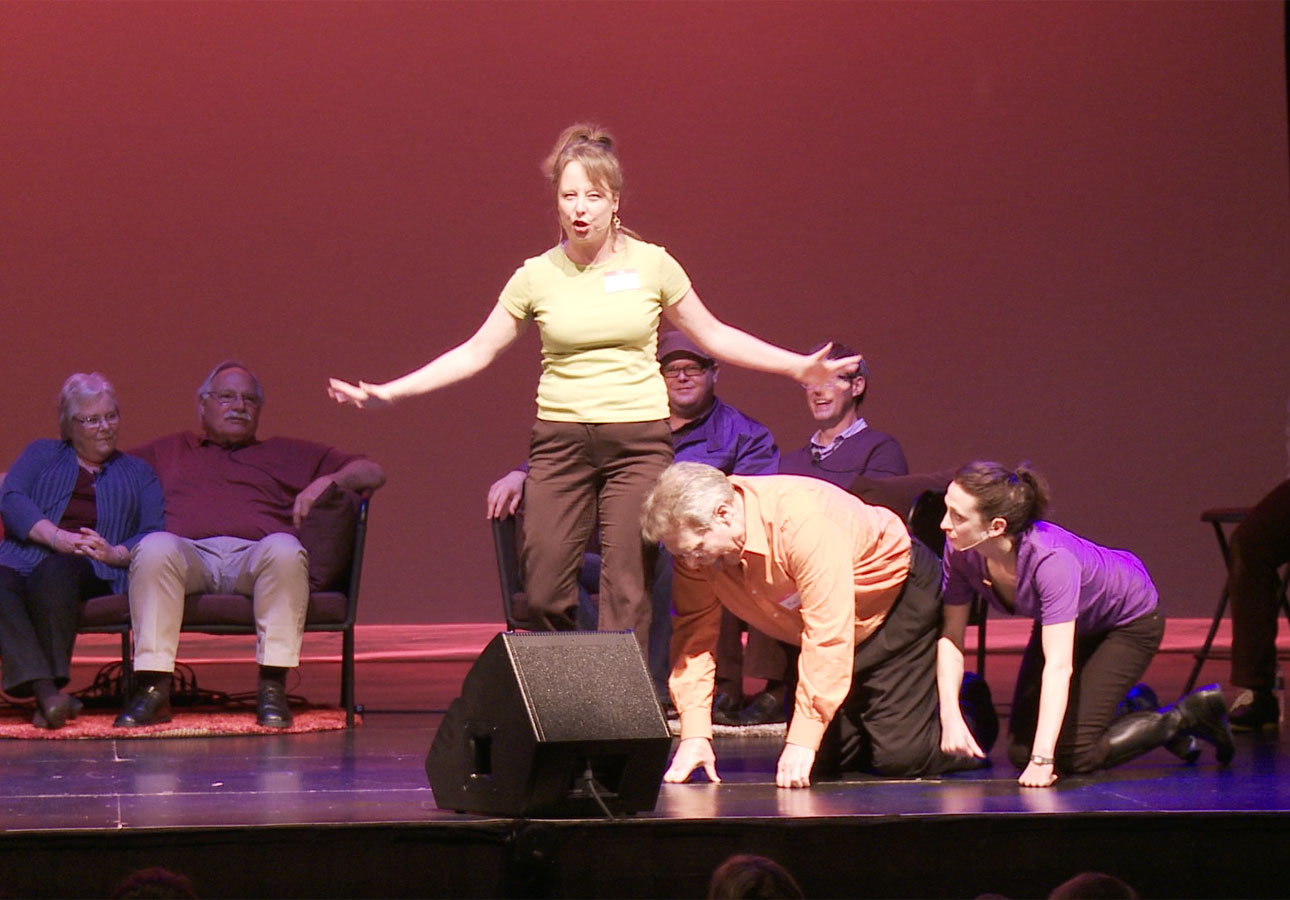 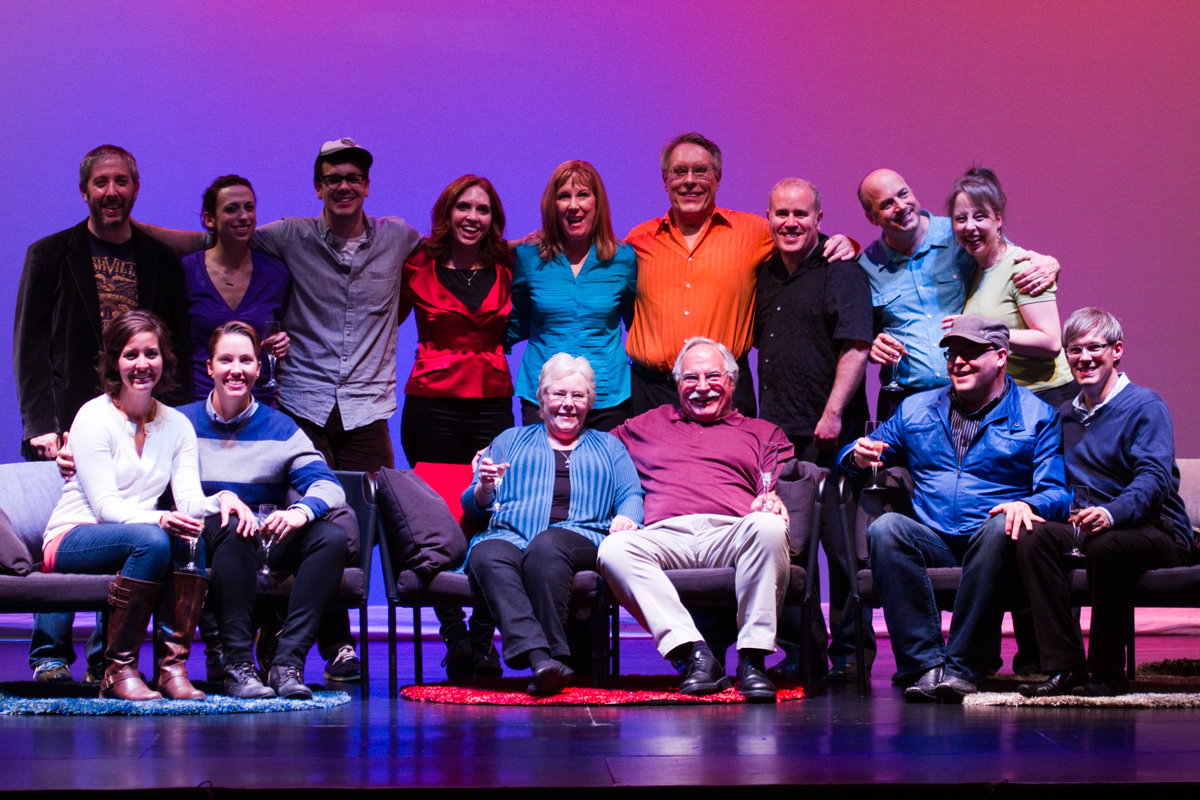 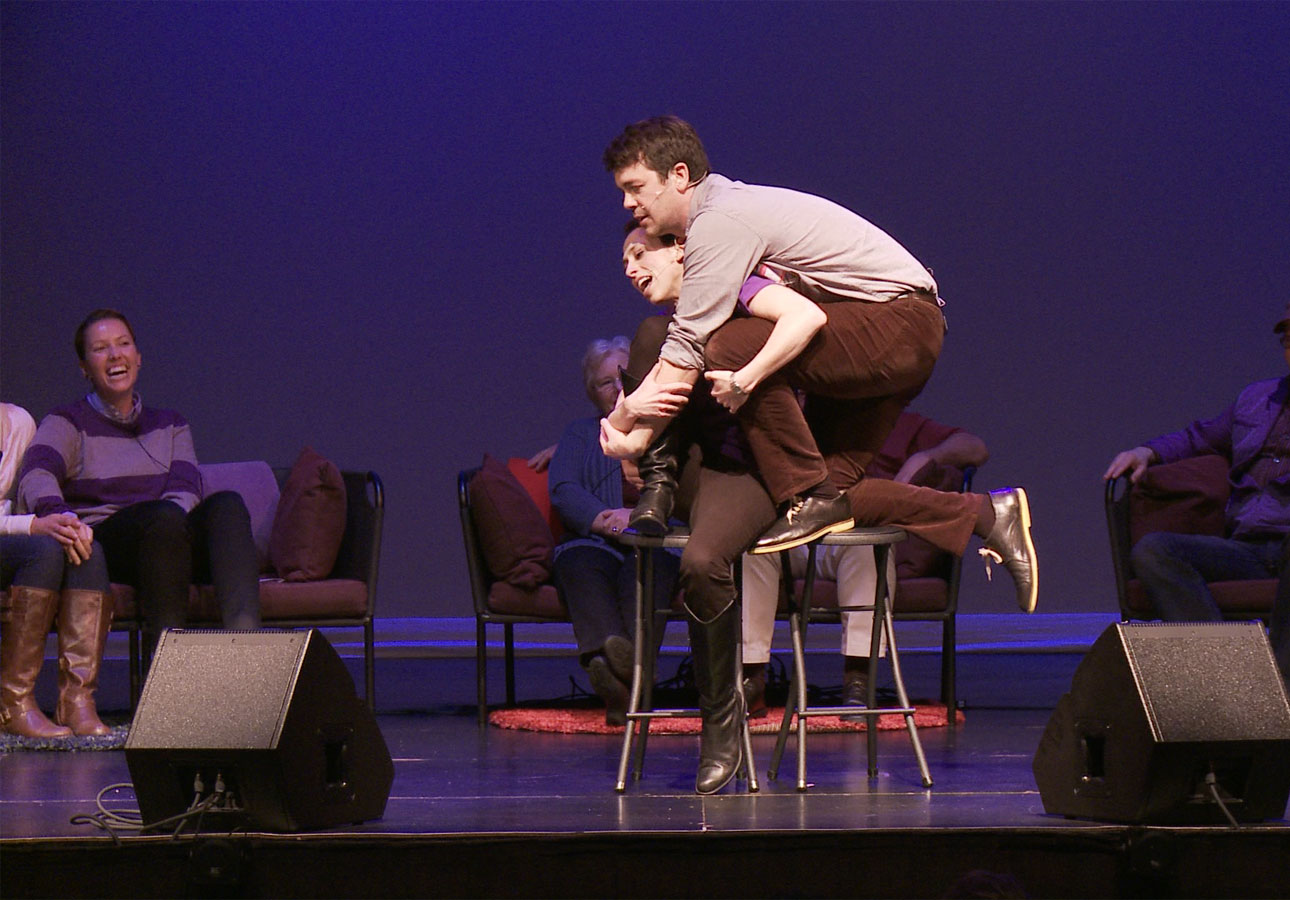