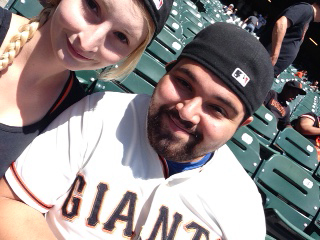 In freshmen year of high school I was going through my emo girl/Hot Topic phase, I was all about striped tights and heavy eyeliner. I was into theater and spent most of my time in the drama room. One day this guy came in to film some stuff we were doing for the video class. He was a cutie patootie. He seemed to also going through his emo phase. We had a mutual friend who told me his name was Paul and I soon realized we PE the same period, not in the same class, just during the same period. I got fluttery every time I saw him and for the first time in my life, I got excited when it was time for PE. I would always try and find him, in the crowd. He was my exact opposite it seemed after a few weeks of being a super creep. He was loud and charismatic and hung out in what I would call “the popular group” (so I guess he wasn’t *that* emo). I’m shy and talking to people gives me anxiety, and lets remember, I hung out in the drama room, so not in the popular group.

I thought we would never meet because there was no way I could go talk to him! Then one day in PE the fates heard my prayers, it was time to start the volleyball unit, which mixes up all the classes. We were on the same team. My stomach was literally in knots because PE was not my strong point. But as it turns out I’m good at volleyball because it got Pauls attention. After some awkward teammate comments and literally destroying any team that stood in our path, it was time to part ways. Next was the softball unit. But the fates weren’t done with us and once again we were put on the same team. I was sititng on the bench when our PE teacher came over and informed us that “at least one girl would have to bat if we didn’t want to forfeit.” I sighed, I’d played softball as a kid but I really didn’t want to do this, but I stood up and said I would bat. It was literally like a movie at this point, the outfield all took a few steps in and I stepped up to the plate and proceeded to hit a home run. When I walked back to the dugout, Paul was blown away. We started casually talking and I was once again sad when we had to part ways with the end of the softball unit. It was the last few weeks of school, time for the swim unit. What the heck, we were literally in the lanes next to each other. We talked more and more and became friends. On the last day of school I was hanging out in the drama room and he came in and we hung out all day. There were about a million points when he could of asked me out. But he never did. The school day ended and my friends and I headed downtown. I was so upset I was on the verge of tears. We were getting on the bus when I got a text. It was from him. And all it said was, “Speaking of buses, do you want to go out with me?” and 6 years later he still sucks at asking questions like that (he didn’t even officially ask me to prom, god knows what hes gonna do to propose…)