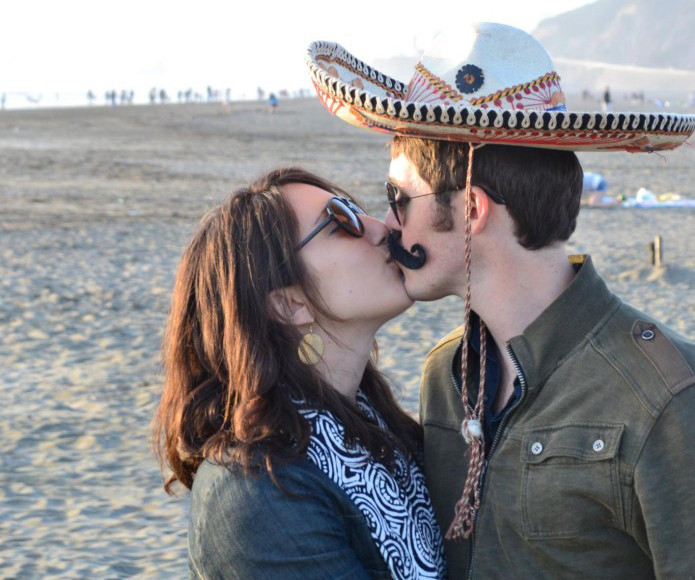 It was a connection made by a mutual friend, over the internet, across thousands of miles (him, in San Francisco, living in a house with 5 roommates and 1 bathroom in Bernal Heights; her, living in Florida during a quarter-life crisis and desperately trying to get the hell out). He was her gateway to the city by the Bay, a treasure trove of information about where to live and what to do, with a friendly Midwestern attitude that transcended Gmail and touched her hardened East Coast heart. On their first meeting, she slept over, but not in the way you might imagine…she had come to the city for a job interview, and needed a place to crash. He obliged, and they got to know each other over Cambodian food in Bernal, sharing more about themselves than they ever had with anyone else who was a relative stranger. She didn’t get that job, alas, but she did start to win his heart.

It was a mere two months later that she did get a job in San Francisco, and needed a place to live. It turned out that he needed to move as well, and had a lead on an amazing living situation near Alamo Square. As it happened, another extra room was opening up in that same 5 bedroom house. Would she be interested? Yes, she was…and she moved in, a mere week later, toting her Florida tan and California sensibilities into his home and further into his heart.

It didn’t take long (just a couple of weeks, some late night conversation, and some well-timed Valentine’s Day tequila shots) that led to their first kiss. And that’s why their story is- three years later- one of the best Valentine’s Day tales that either of them has ever had.